The mid-century modern architectural style rose to popularity between the 1930s and 1960s, smack dab in the middle of the 20th century. Characterized by linear, geometric details, multi-level living spaces, functional design and incorporation of nature and natural elements, perhaps the most well-known example of this home style is Frank Lloyd Wright’s Fallingwater.

The Mill Run, Pennsylvania home, designed in 1935, is a true embodiment of the mid-century modern style. The style’s defining characteristics and include horizontal lines incorporated into every vantage point and flat, geometric balconies jutting out from staggered levels of the home. Fallingwater is positioned above a cascade of waterfalls to intersect the natural environment with the build.

Fallingwater is mid-century modern at its extreme. Fortunately for the majority of homeowners who have more modest design ideas, most mid-century modern homes in America take a subtler approach to the style. These single-family homes are common in the Midwest and incorporate the design details modestly and humbly, often prioritizing the functionality of a building element over its appearance.

Let’s take a deeper dive into the details that define the exteriors of mid-century modern homes.

Part of the charm of mid-century modern homes is that they are unassuming by nature. They don’t try to be anything fancy and don’t put on airs — they are simple, clean and functional. The homes may have flat roofs and other flat planes which incorporate clean, horizontal lines.

Clean, simple lines give these homes an air of timelessness, which enabled them to remain attractive far past their mid-century heyday. Without distraction from contrasting shapes, the lines also help make the home appear more expansive and elongated to viewers. 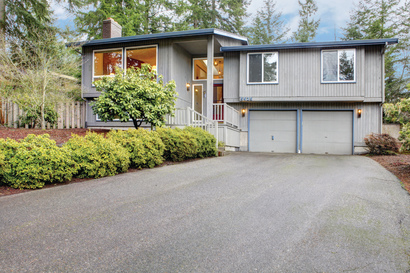 Another defining feature of mid-century modern homes is the incorporation of nature. While Wright building Fallingwater directly over a waterfall and using sandstone materials native to the area is probably the most literal expression of this characteristic, there are plenty of other ways that homes can blend the surrounding natural environment into their design.

One non-invasive way: large windows. Designing a home with a tree trunk through the living room or a bubbling brook below the floorboards may be fun and quirky, but let’s admit it, the novelty would likely wear off quickly for the average homeowner. Instead, many mid-century modern homeowners enjoy nature through large picture windows. These windows, along with open floor plans, help fill the home with natural light.

These large windows are a perfect example of design decisions based on function rather than looks. They are often placed prominently on the front wall of the home and are unornate, allowing nature to steal the show.

Of course, with this characteristic, we have to go back to Fallingwater. The home practically defines asymmetry. From the exterior, it’s difficult to tell just how many levels the home has or decipher where one dramatic, block-like balcony begins and another ends. Wright designed the home to be harmonious with the natural environment around it, and in doing so conceded to the natural elevation changes. Instead of leveling the land to create a traditional, two- or three-level home, he was inspired by the mountainous landscape and allowed it to translate into the home. 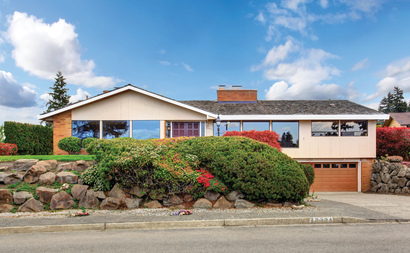 Mid-century modern homes, with their clean lines, often give way to geometric designs in the smaller details. This can be accomplished through elements like door lights, which allow homeowners to add personality to minimalistic homes in a tasteful way.

Our Spotlights® doorglass and ZEEL™ doorglass frame, for example, are two of our products that are frequently selected by homeowners who want a mid-century modern look. The Spotlights line offers strategically-placed, elongated door lights that complement other horizontal lines on the home while maintaining an air of simplicity. ZEEL is a minimalistic, flat-profile frame that is durable and aesthetically-pleasing while allowing other design elements to take center stage.

To highlight the focus on function rather than aesthetic, the cosmetic details of mid-century modern exteriors are typically minimalistic. They tend to be monochromatic and neutral, with earth tones brought in by brick or wood-paneled siding. It’s common to see “pops” of darker colors — although still typically neutral — found in accents such as window or door frames.

Mid-Century in the 21st Century

Mid-century modern homes may be rooted in the mid-twentieth century, but they’ve stood the test of time and remain a well-loved style for homeowners of all generations. Homes designed or remodeled today in the mid-century modern style honor the same characteristics that originally defined these homes.

Spotlights are true to the character of your home's aesthetics. Circuit, Clear, Clear Low-E, Cubed, Frosted, and Rainglass; perforated metal Chain Link inserts, and an architecturally authentic modern frame profile create the minimalist aesthetic and functional attributes you're wanting in your home.

The textured grain in Spotlights' frames is reminiscent of classic mid-century maple and birch furniture. The uniform and subtle grain provides a perfect surface for paint or stain.

Learn More Where to Buy

Behind the Style: Mid-Century Modern

In many ways, the mid-century modern style has shaped how we define American residential architecture. Though European architects first used elements of the style in the early 20th century, American architects didn’t hesitate to make it their... 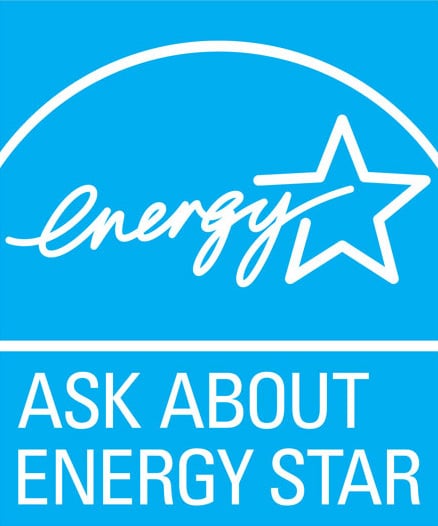